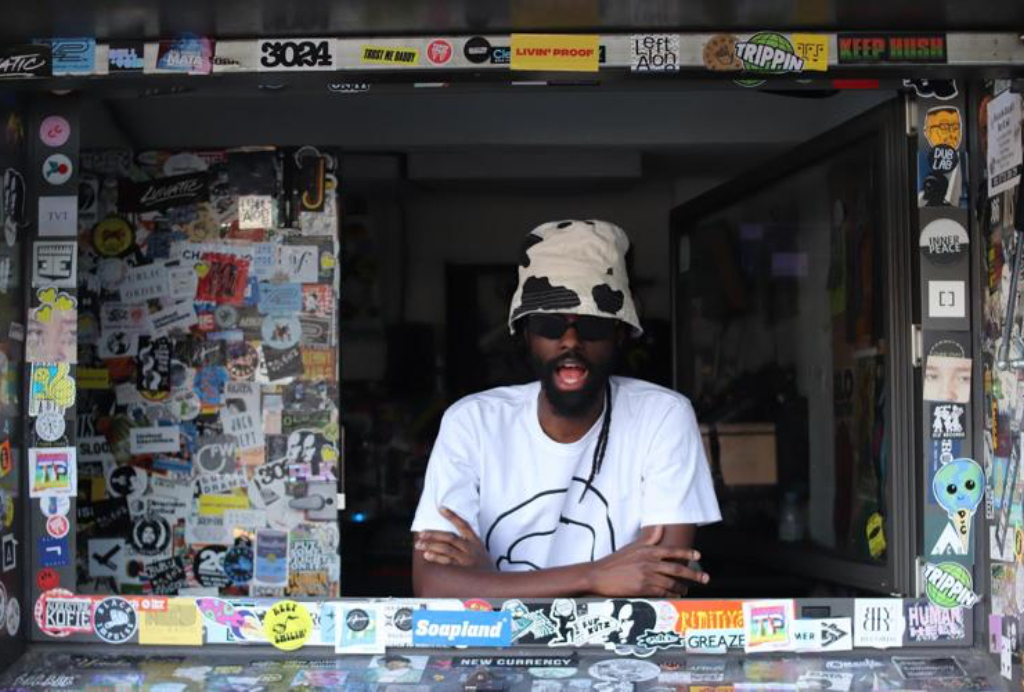 Given his broad tastes & versatility as a selector, he is comfortable supporting Zomby to Pharrell Williams & as comfortable heating up the dance in far-flung locations like Montreal, South Africa, Moscow & Shanghai as he is playing at Gilles Peterson’s

South London polymath with a global sound mirrored in an increasingly global schedule. Cutting his teeth on Tim and Barry‘s “dontwatchthat.tv” as music editor, before being picked up by Boiler Room upscaling into a role as key programmer.
Deputising Boiler Room co-founder Thris Tian on his “Dark & Lovely Global Roots” NTS Radio show, Skinny quickly earned his own show — one he holds down to this day, which have included guests Henry Wu, Mall Grab, Zomby, Slowthai, Nosaj Thing, Dedekind Cut, Nguzunguzu & Rejjie Snow (who he supported as his tour DJ).
As the series of namesake Global Roots club nights has expanded, so too has Skinny’s own string of DJ dates + record label / club night BONE SODA ノノ
From dancefloors to airwaves, Skinny’s restless drive and love for music is apparent for all to see.